What the experts say

Yacon & co: the startup that wants to accelerate healthy sugar

"I made the discovery of this new healthy 'sugar' that grows in Peru and I think the French deserve to hear about it." These are the words of Raphaella Nolleau, co-founder of Yacon & co, a startup that just finished its acceleration at Hectar and raised funds to accelerate the construction of their French yacon industry. 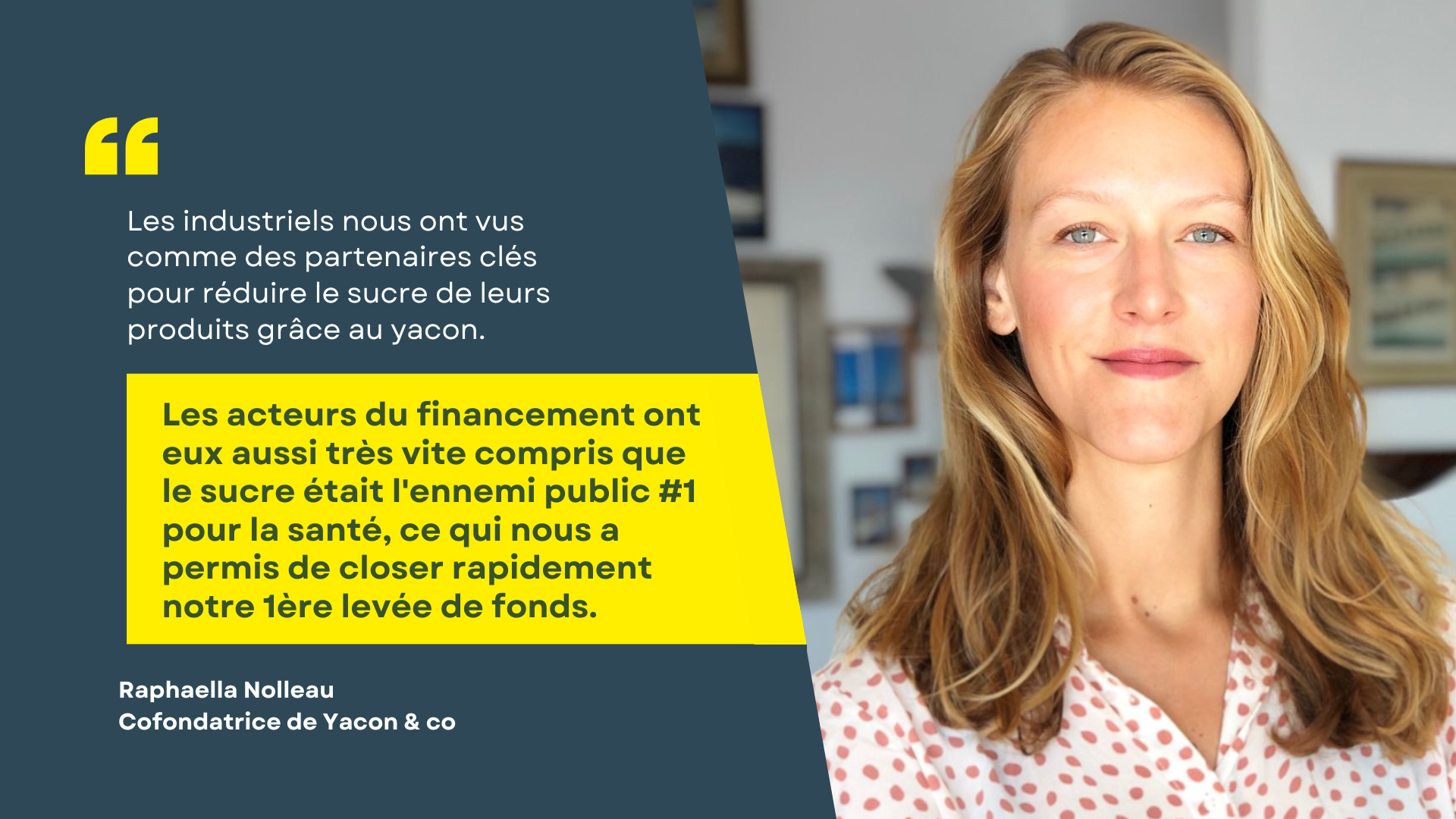 Yacon & co is a project that goes beyond a product, we are a brand with an impact that positively influences health in France and in the world. It is no longer a secret that sugar is absolutely everywhere in what we consume, it is in 74% of foods, even those identified as salty, because it acts as a taste enhancer. The average French person consumes 4 times too much sugar compared to what the WHO recommends (100g consumed vs 25 recommended). There is a big stake in this subject, both for the consumer who has no really healthy alternative and for the manufacturers who want to offer low-sugar products.

With Yacon & co we found the solution to the sugar problem: yacon, a plant that looks a bit like the sweet potato and that is mainly cultivated in Peru. When the juice is extracted and concentrated, it gives a syrup that visually resembles maple syrup, which has a sweet taste but without the harmful molecules of sugar, a very low glycemic index, very few simple sugars, rich in fiber and therefore excellent for the intestinal microbiota, digestion and the immune system.

Our goal at Yacon & Co is to raise awareness of the sugar problem while reducing our carbon footprint by producing 100% French yacon syrup.

You have just raised funds: what are your stakes, and why do you need this financing?

At the beginning, we were the type of startup that didn't want to raise funds, we aimed for absolute independence. But we quickly realized that if we wanted to quickly have an impact on the health of the French, it would be much longer and more complicated to do so without raising funds. This investment allowed us to surround ourselves with the right people, to have the means to do marketing and be more visible, but also to have a much greater positive impact.

Our objectives in 2023 following this fundraising are very concrete: first of all, to create a community of farmers who grow yacon in France. This is the first step in building the industry: we must start to create the market and establish the product in our agricultural landscape.

Secondly, when we raised our capital, we attracted the attention of industrialists who saw an opportunity to become partners in the creation of the French Yacon industry. It's funny because we didn't even have to do any prospecting. The industrialists came to us by themselves, the contact was made naturally contrary to the exchanges with the distributors which were more difficult to conclude, we must really fight to integrate them. To date, we are in discussion with about twenty industrialists and about ten buying groups, and we are distributed in 150 Biocoop stores.

How did Hectar help you in the development of your project ?

Hectar helped us a lot in terms of networking: other food startups like Nudj or Atelier Sarrasin were accelerated there and we were able to exchange on our common problems to find solutions. Today, there are few startups that are successful in food innovation because investment funds are still reluctant to support companies in the industrial sector. Beyond the startups,accelerator has also helped us meet distributors, which is a crucial step in our development.

Integrating theaccelerator also allowed us to have visibility with many opportunities of pitch as for example at the Demo Day: in the public there were very interesting people, in particular investors and business angels who contacted us thereafter and allowed us to close our fund raising to an amount higher than that originally hoped.

So for us I would say that the 3 strong points of theaccelerator Hectar are the help on the financial aspect, the visibility and the network.

Next year, we have two objectives: the first is to promote the brand by giving it media coverage and by installing us in supermarkets; the second is to continue our R&D on French yacon syrup to reduce its cost and become the first healthy "sugar" for the general public.

Our goal for 2024 is to integrate the preparations of manufacturers so that they replace their controversial sweeteners like aspartame that they currently use in their products labeled sugar-free with yacon, which is a much healthier and natural version.

By 2027, given the current growth of the market, we expect an annual turnover of 15M with several thousand tons of yacon syrup sold in Europe and maybe even in the world. 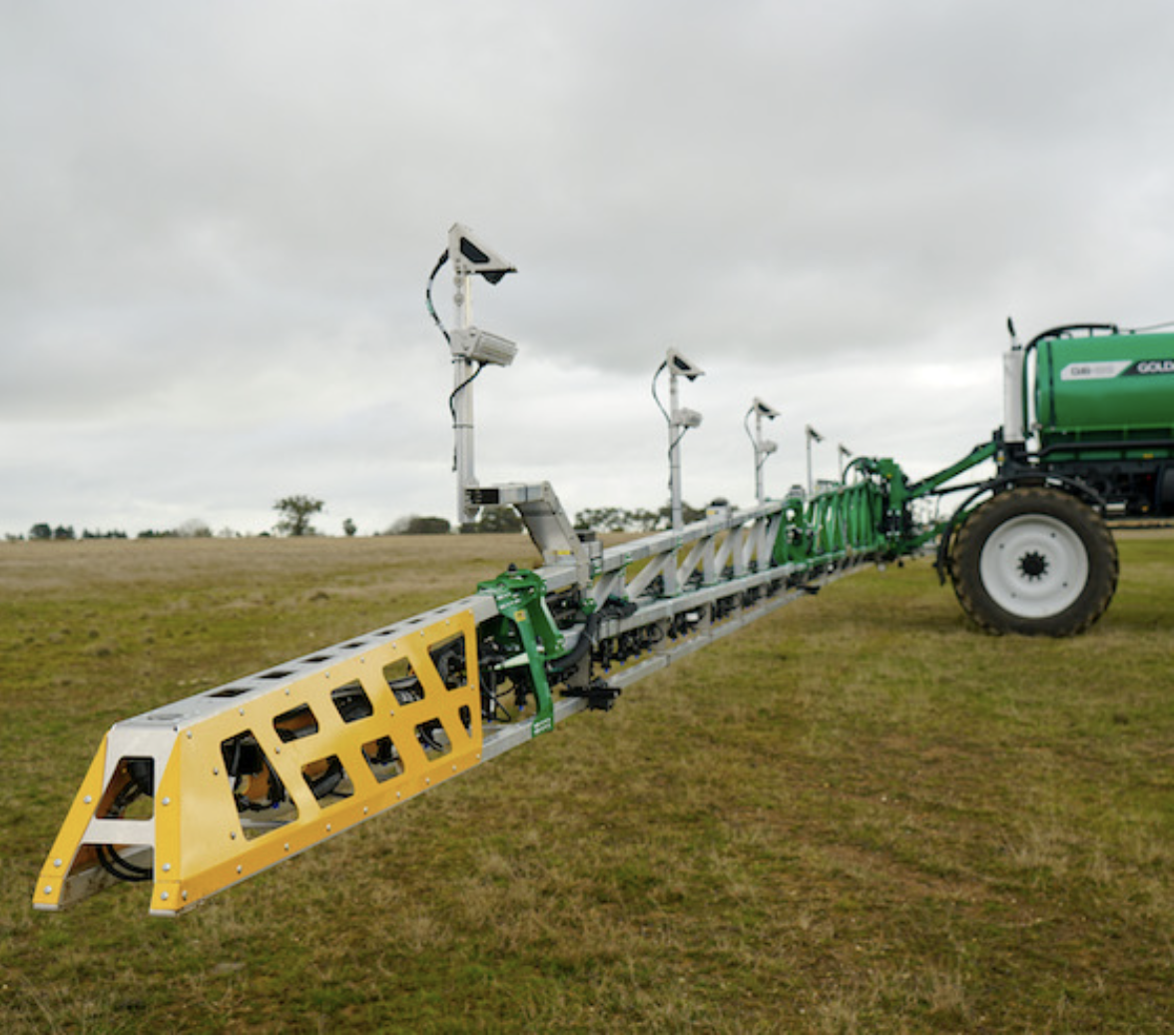 What the experts say

Bilberry, the startup that is revolutionizing the use of herbicides, acquired by Trimble

A few weeks ago, we learned that Bilberry, a startup alumni ofaccelerator Hectar, had been acquired by the American giant Trimble. From the beginnings of the R&D in France to the development in Australia and the acquisition by Trimble, Guillaume Jourdain, co-founder and CEO of Bilberry, tells us about this international entrepreneurial adventure.

We are talked about

Presented last February, Xavier Niel's new large-scale project is taking up residence in the fields of the Vallée de Chevreuse. 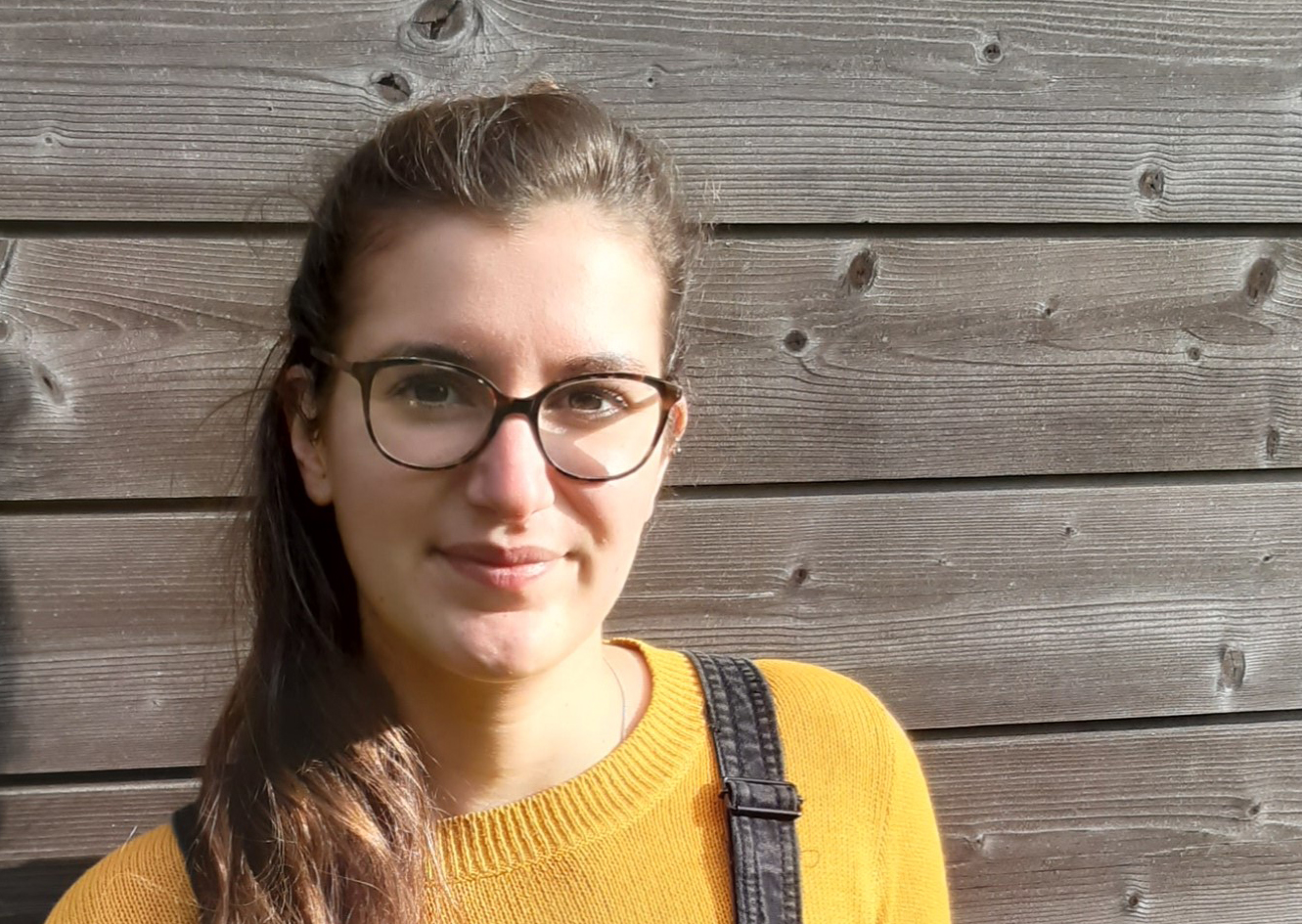 HECTAR has entered into a partnership with ITK, a high-tech company that explores and offers agricultural monitoring solutions to facilitate livestock monitoring and decision making.